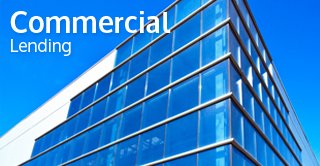 Multifamily Housing is being fed by people renting homes and the improving for-sale market, the National Association of Home Builders (NAHB) reported in early September 2012.

The NAHB reported that Multifamily Production Index came in at 54 out of 100, climbing three points from the prior quarter and marking its eighth consecutive quarterly improvement and the highest since the second quarter of 2005 before the housing crash. Any reading over 50 indicates that more respondents think conditions are improving, with increased construction and sales potential. More and more people who were burned by the housing problem are now looking to rent, especially in larger cities where towers have amenities including resort-style pools and outdoor kitchens. People who can afford to buy are jumping on mortgage rates that continue hovering near record lows.

The full Price Rental Property Index is 63, indicating that those developers are very comfortable going forward with new projects. For four consecutive quarters the reading has topped 60 which is the longest sustained period of strength since the index’s began in 2003. Even Condo units are seeing their highest reading since the fourth quarter of 2005, coming in at 41.

Affordable housing units had an all-time high of 61, showing that developers believe that the market has a lot of potential because of government tax credits that offset building costs and the need for lower-priced housing.

Overall, low vacancy levels are allowing landlords to raise rents, by the double-digits in some cases. National vacancy rates have fallen to levels not seen in years, while average rents are now at record levels in 74 of the 82 markets tracked by Reis Inc and now top $1,000 a month on average in 27 of them. Large rents are being seen in Miami, Seattle, San Diego, Chicago and Baltimore. Capital Economics expects 36% of households to be renting two years from now, up from 34.5% now and 30.8% in 2004.

Contact Q10 | Churchill Stateside today to source financing for your next project.