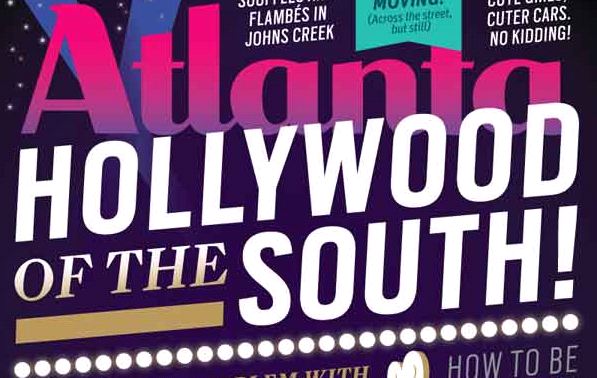 Georgia does not want to be a Lindsay Lohan, a starlet who skyrockets to fame, makes bad decisions, then fizzles out like some long-tailed, bleach-blond comet. Georgia wants to be Meryl Streep, whom filmmakers clamor to work with and who enjoys a long, respected career.

When then Governor Sonny Perdue signed the Georgia Entertainment Industry Investment Act in May 2008, it marked the first step in reinstating Georgia–ranked third in filmmaking back in the eighties–as just that type of movie and TV institution.

The act, which promises a 20 percent tax credit for productions that spend $500,000 or more in the state, and another 10 percent if the show tacks a Georgia logo onto the credits, brought in producers with carpetbags full of money. It also brought in talent. Bob Vazquez, president of the International Alliance of Theatrical Stage Employees Local 479, says membership has risen from 370 to 1,180 in his union alone. So yes, many of a production’s purchases are tax exempt–but every crew member who moves here is one more paying state taxes.

Earlier this year, while the General Assembly debated an overhaul of the tax code, some legislators questioned whether the incentives were beneficial. After all, other states like Michigan have canceled their credits, deciding they weren’t worth the trouble. But beyond the city’s breathless coverage of star sightings–Billy Bob Thornton signing autographs while filming Jayne Mansfield’s Car in Oakhurst or Ryan Reynolds eating at Chops/Lobster Bar while on break from The Change-Up–the resounding effects of the industry here are hard to deny. In 2009, the first full year of the incentives, film and TV productions led to $770 million in economic impact; in fiscal 2011 that number rose to $2.4 billion.

This summer three TV series and four feature-length films were shooting simultaneously in Georgia. Take just one, Peter and Bobby Farrelly’s recently wrapped The Three Stooges. On the next page, we’ve traced how some of the money spent on Stooges–which filmed in spots like Cartersville and the Civic Center–trickled down to area businesses, creating jobs along the way. And while Georgia’s incentive doesn’t require productions to make in-state hires, 90 percent of the Stooges crew were locals. Producers may like our busy airport and temperate weather, but they love our deep reservoir of well-trained workers.

The next step? Longtimers like casting director Shay Bentley-Griffin want to see productions not only come here to film but be created here as well. With progress such as EUE/Screen Gems’ transformation of Lakewood Fairgrounds into a top-drawer studio–a dream inaugural film commissioner Ed Spivia conjured almost thirty years ago–it looks like we’re finally on our way. —Amanda Heckert