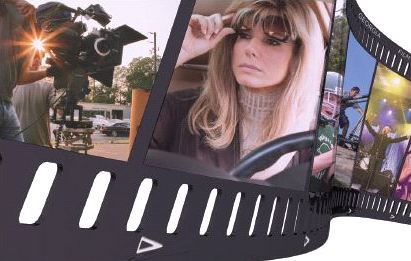 When it comes to deciding where to shoot these days, many producers will tell you they have Georgia on their mind.

Recent high-profile film releases lensed in the Peach State include “The Blind Side,” starring Oscar-winner Sandra Bullock, “The Last Song” with Miley Cyrus and Tyler Perry’s “Why Did I Get Married Too?” Set for the cine-plexes later in 2010: “The Conspirator,” directed by Robert Redford; “Lottery Ticket,” starring Ice Cube and Bow Wow; “The Killers,” with Ashton Kutcher and Katherine Heigel; and “Due Date,” starring Robert Downey Jr.

Georgia provides a basic 20% incentive tax credit for film, television and videogame productions that spend at least $500,000 in a single year. An additional 10% is available if a production includes an animated State of Georgia logo in the titles or credits or some similar product placement within a film. On top of that, there is a sales tax exemption, worth up to 8%, on spending within the state for equipment or services.

Because the financial incentives come in the form of credits, they have to be sold to a company or an individual that has Georgia taxable income, which usually is done through a broker intermediary.

“The value generally ranges between 85 and 90 cents on the dollar but can go up to 92 cents on premium credits, usually from large studios,” says Denise Elsbree, head of Georgia Film Credit Consultants. Since 2008 the business “has exploded,” she notes. “We feel we’ve become the go-to state, under consideration for just about any location that we even remotely resemble.”

Georgia’s tax benefits are leveraged against the state’s other attractions to filmmakers, from generally mild weather to a diverse topography that includes mountains, forests, swamps and 100 miles of seashore. Locations range from teeming urban environments to rural hamlets. Georgia also has a number of historic towns boasting unique period architecture.

Coastal Savannah, with its well-preserved streets and planned squares that hark back to its 18th-century founding, is where Forrest Gump sat on his bench and recently served as the period setting for “The Conspirator.” Disney’s “The Last Song” was shot at nearby Tybee Island.

“Making a movie in some of the neighborhoods can involve a lot friction,” says Jay Self, the long-time tourism and film services director for Savannah. “My job is to find a way to accommodate a production that is also good for the city.”

Atlanta is already a major media and entertainment complex with a music sector that registers annual revenues of about $2 billion. The city has become a center for hip-hop recordings, spawning stars such as Outkast and Ludacris. It is also the headquarters for Turner Broadcasting with its many cable networks.

It’s estimated that more than 25,000 Georgians owe their livelihood to some entertainment-related enterprise. Most important to production companies, Georgia has a deep and experienced film and television crew base that tops 6,000. “We can handle up to 10 film and television productions simultaneously,” Thompson says.

Broderick Johnson, one of the producers of Alcon Entertainment’s “The Blind Side,” says the positive experience of shooting in Georgia drew the company back to do “The Lottery Ticket,” which hits theaters in August. In addition to offering creatively appealing locations for both films, “The magnitude of Georgia’s tax break is one of the best, if not the best, in the country,” he says. Georgia trumps other states with attractive breaks because “it has such a mature crew base you can hire almost everyone locally, so the value of the credit is bigger.”

A strong testament to Georgia’s incentives appeal to filmmakers is, indeed, repeat business. “Everything about shooting here was tremendous,” says Marc Fischer, executive producer of “Hall Pass,” directed by the Farrelly brothers and starring Owen Wilson and Jason Sudeikis. The pic recently finished shooting in and around Atlanta.

Georgia served as a substitute for New England, and it was both more economical and easier to shoot the film in Atlanta instead of Boston, Fischer notes. He also praises the city’s amenities. “There’s a Morton’s, a Palm and amazing shops,” he says. “Our wardrobe people from Los Angeles were able to find everything here.”

Because of the positive experience with “Hall Pass,” the next two films Fischer is working on are also set to be filmed in Georgia. “Walter the Farting Dog,” based on a children’s book of the same name, will begin filming in August. And the much-anticipated “Three Stooges” project — tentatively starring Sean Penn, Benicio del Toro and “very possibly Jim Carrey,” according to Fischer — starts prepping in Atlanta in January. “We’ve really found a home here,” he says.